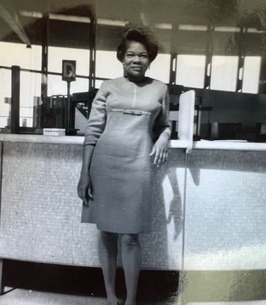 Doris Marie Shields was born on November 9, 1927, in New York, New York to Lionel and Miriam Guy. She moved to Port of Spain, Trinidad at an early age and later returned to New York City at the age of 18. It was here where she met and later married Ivan H. Shields on May 18, 1953, and raised their two sons in the Bronx, NY. Doris remained in the Bronx until her passing on Monday, August 29, 2022.

Doris attended elementary school in Trinidad and upon her return to the U.S., she earned her High School Diploma at Harlem Evening High School in 1953. She then graduated from Bronx Community College receiving her Associate’s Degree which was a testament to her perseverance, strong work ethic, and ultimately, success.

Doris was employed for several years as a telephone company operator, and then became a homemaker and partner in the family business. Eighteen years later, she left the family business and transitioned to administration within the Visiting Nurse Service Of New York, where she proudly took the train to the heart of Manhattan each day until her retirement after thirty one years of service.

Doris was affiliated with several community organizations such as Bridgefield Civic Association, was an honoree of The National Council of Negro Women, and was nominated to the Bronx Psychiatric Center Board of Visitors by both Governor Mario M. Cuomo and Assemblyman Vincent Marchiselli which she happily accepted.

In her spare time, Doris was a lover of the arts frequenting broadway plays, dance theaters, and museums. She gardened in her yard, cruised the world with friends, loved to send handwritten birthday and holiday cards, and was a self-proclaimed wine connoisseur!

Doris was a devoted Catholic who worshipped at St. Francis of Rome Church until prevented by failing health.

Doris lives a beautiful life and will be missed.