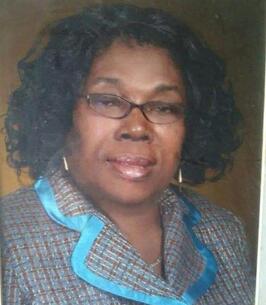 Merlene Cynthia Adams was born on July 25 th 1942, in Orange district in St. James, Jamaica to parents
Theophilus and Sarah Ann Thomas. She was the youngest of 5 children, the only girl in the bunch, she
was a pampered princess. She was born after her mother thought her childbearing years were over.
Growing up, she attended the John’s Hall All Age School. Her father would always encourage her to
“take her book, nuh falla dem oda one”, and she took that sound advice from him. She had a best friend
Polly, who did all her fighting for her.
Merlene then went on to live with her brothers in Kingston and attended Walgrove High School, which
was an all-girls school. What she was most proud of was learning Latin, which from time to time she
would say little phrases or identified the language when she heard it.
She had a love for hairdressing but did not pursue it. She became gainfully employed at Jamaica
Industrial Development Corporation (JIDC), until she went to work at Virginia Dare Corporation. In 1978,
she emigrated to the United States to live with her brother Charles in the Bronx New York.
Merlene became certified as a nursing assistant once she settled in New York. She was loved by her
patients and employers alike. She was kind, patient, very thoughtful, a keen listener, a good secret
keeper and gave great advice.
Merlene rededicated her life to the Lord in 1991. She was a faithful member of Bronxwood International
Church of God, where she sang alto and/or tenor for the Temple Choir (yes she was blessed like that).
She is survived by her 4 girls Caron, Shernette, Dionne, and Lisa, 9 grandchildren and 8 great
grandchildren, her brother Renford Thomas, nieces, nephews and friends.